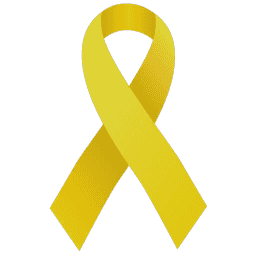 The Honolulu Pet Clinic welcomes Dr. Ed Hsu. Dr. Hsu is a graduate of University of Pennsylvania School of Veterinary Medicine and also earned a M.P.H from the School of Public Health from the University of California, Los Angeles with a concentration on Tropical & Infectious Diseases & Parasitology. He completed an internship at the Sacramento Animal Medical Group with every intention of continuing in general practice, but the lure of emergency medicine was too much to ignore. After having worked as an emergency/critical care veterinarian at many of the premier specialty and referral practices in Los Angeles over the last 15 years, he returned to general practice with his purchase of The Honolulu Pet Clinic in 2016. Dr. Hsu's goal is to honor and maintain Dr. and Mrs. Roger Kondo's tradition of excellence while incorporating more emergency medicine.  This is why Dr. Hsu takes emergency after hours call 24 hours per day, seven days per week.  He is known as a cat -whisperer with a special fondness for polydactyl cats, Pomeranians and lop eared bunnies.  When not caring for his patients, Dr. Hsu can be found SCUBA diving, paddle boarding, trying to work his way through a 10,000 DVD collection, or spending time with his dog and 12 cats.

Dr. Kondo was the previous owner of The Honolulu Pet Clinic for 32 years before transferring ownership to Dr. Hsu. Dr. Kondo earned his veterinary medicine diploma from Washington State University 38 years ago. Although recently retired, Dr. Kondo missed his patients so much that he came back to work part-time. We are delighted!

Dr. Meghan Barrett is an Oahu native and ‘Iolani School alumni. She earned her BS and DVM degrees at the University of Hawaii Manoa and Colorado State University in Fort Collins.  Her professional interests include pain management and physical rehabilitation, and she is a certified veterinary acupuncturist for small and large animals. Dr. Barrett has a passion for ocean conservation and marine animal health and had the privilege of working with the veterinary staff at Sea Life Park Hawaii as an intern. She is also an accomplished musician and her parents both enjoyed lifelong careers with the Hawaii Symphony.  When she isn't working she enjoys spending time with her horse and Siberian husky, practicing yoga and being in nature.

Trilby moved to Honolulu from Los Angeles in 2016 with Dr. Hsu and their 10 cats and 2 dogs. She has followed a long and meandering path to veterinary medicine. Trilby's first job after graduating from Middlebury College with a BA in psychology was as a restaurant dishwasher. Since then, she has worked in women's healthcare, movie production at Disney, fitness and most recently, spent 15 years as an admissions advisor at a medical college. Trilby can't believe how lucky she is to spend her days with animals and the people who love them. When not at The Honolulu Pet Clinic, she can be found getting lost on foot and by car, trying to pet dogs and cats everywhere, and eating pizza instead of getting back into yoga

Patty has been manning the front-lines at HPC for nearly half her life. As a receptionist, she has mastered the multi-phone juggle, while still providing excellent care and attention to each customer’s needs. In her tenure at the clinic, Patty has collected countless stories of adventures in veterinary reception, each one of them sure to make you laugh until your stomach hurts. Her ability to remain composed and find the humor in any situation is a real blessing to the team. In her spare time she often lifts weights, though carrying her three French bulldogs around like footballs under her arms is quite a workout in itself!

Paige grew up in Southern California until her family moved to O’ahu in 2009. She has previous reception experience in a vet clinic but most of her working career has been as a barista making coffee. She loves to travel and spending time with family and friends. Paige lives on the Windward Side and enjoys hiking and going to the beach in her free time. She hopes to continue to learn about the rewarding and exciting field of veterinary medicine while employed here at The Honolulu Pet Clinic.

Jessica was born and raised on Oahu.  A fluent Tagalog speaker, she grew up in a bilingual Tagalog/English household.  Jessica has lived most of her life on the west side in the city of Waipahu.  She grew up with dogs and currently has two dwarf bunnies named Rvca and Roxy.  (Rvca is in the photo below but Roxy is camera-shy.)   Before joining The Honolulu Pet Clinic, Jessica spent almost 6 years in the airline industry and worked as a Certified Nurse Assistant before that.  In her free time,  she loves being with family, fishing, going to the beach, shopping, cooking and eating!

Yarnell started her career in the veterinary field in 2005. Originally she applied for a vet tech position, but was asked to start as a customer service representative since she had prior receptionist experience in a human urgent care facility. After 2 years of mastering the art of multi tasking under pressure, while still promoting exceptional customer service, her drive & passion to work more closely with the animals got her cross- trained to finally become a tech. In 2014, Yarnell joined The Honolulu Pet Clinic. Here she continues to use her medical knowledge in wellness visits, surgery, ICU, & emergency critical care. She loves sharing her experiences with her new team members in order to provide patients with compassionate quality care. Creating new bonds with clients and their furry companions has kept her in this career for all these years!

Anu was born and raised in Kailua, Oahu. She grew up with different animals and always knew she wanted to do something in the veterinary field. Anu officially started her career in the veterinary field in 2012, but had already been working with animals in 2010 as a Hawaiian Humane Society volunteer in the surgical recovery area and adoption team. She has always had a huge love for animals with a special place in her heart for horses. Anu loves to learn new things daily with anything involving veterinary medicine. When not at the clinic, she loves being with her family, going to the beach, playing with her Bullmastiff 'Sunny', and watching movies!

Born and raised in Japan, Ayaka is fluent in both Japanese and English.  She moved to Oahu in 2016 for college to pursue her dream of helping animals.   Ayaka is studying to become a registered Veterinary Technician.   Her passion for helping  animals began when as a child, she rescued her dog Nano from his life as a stray.  Ayaka's main goal l is to learn as much as she can so that she can help as many animals as possible. Outside of work and school her other hobbies include martial arts, traveling the world, and swimming at the beach.

Born in El Salvador, Gaby is fluent in Spanish and English.  She moved to the East Bay in California at an early age and relocated to Oahu in 2016.   Gaby brings to The Honolulu Pet Clinic eight years of experience working with animals as well as a Bachelor's Degree in Biology.  She has two cats named Baby Kitty and Annie and is preparing to foster two young sibling cats as well.  In the fall of 2020, Gaby hopes to be going to school to become a veterinarian, but we are excited and proud to have her with us until then.  In her spare time, Gaby loves running, learning, dancing and movies.

Shaina was raised in Whidbey Island in Washington State and moved to Oahu in January of 2017.  She has a cat named Lilo, who she found behind the chemistry hall at UH when she was just a wee kitten.  She took her in and Lilo is now her foster failure and best buddy.  Shaina brings 8 years of veterinary experience to The Honolulu Pet Clinic.  In high school she attended veterinary technician school for 2 years and graduated with her certificate in veterinary assisting.  She then worked for several years in emergency and critical care settings.  Shaina is currently an undergraduate student at UH studying Animal Science and Communicology.   When she graduates in fall of 2020 she plans to apply to veterinary school.  Shaina's hobbies include riding horses, playing guitar, cooking/baking, watching Netflix, and going to the beach.

Lexi grew up in Southern California, with dogs, cats, horses, and reptiles.  After high school, she became a hairstylist to express her creative side.  It wasn’t long before Lexi realized that this wasn’t truly fulfilling and that she wanted to work with animals.  She began working at a ranch with daycare and boarding for dogs. Because the dogs were able to socialize with each other, Lexi was able to learn a great deal about dog behavior.  She grew to love animals even more and wanted to be a voice for them.   She needed a change of scenery, but wanted to continue her education with animals.  Lexi moved to  O’ahu and started her journey with The Honolulu Pet Clinic.  In her spare time, she loves to paint and enjoy the sunset.

Gerardo grew up in Honolulu.   He is fluent in Tagalo, the Filipino dialect.   Since earning his degree in Information Technology in 2014, Gerardo has been working in that field as well as being a part-time security offer.   A long-time aquarium hobbiest, Gerard recently decided that working in front of a computer is not as fulfilling as working with animals.  He came to The Honolulu Pet Clinic after meeting Dr. Hsu through the aquarium scene in Honolulu.  Gerardo is much happier now that his attention is focused on the welfare of animals rather than on  a computer screen.  As a dad,  he believes that raising a child around animals and marine life is very beneficial to them and that having pets comes with great responsibility.   Therefore when Gerardo is not at The Honolulu Pet Clinic, you will find him and his family at the aquarium, the zoo or the beach.